Buying from China made easy !

One of the biggest difficulties doing business in China and purchasing products from China is the language barrier. Most western buyers don´t speak Chinese and are therefore dependent on their suppliers who may speak English. If you are German, Italian or French national, English may already be your 2nd language; the same as for your Chinese counter-part. Verbal communication problems may be overcome, but then there is the problem of reading Chinese Characters. Hardly any Western customer can decipher Chinese writing. If you have traveled to China before, you know what I am talking about. Street signs, restaurant menus, or simple buttons on a Chinese website which Chrome does´nt translate. This situation is very frustrating for many buyers. But now, there is good news!

A few smartphone apps made the unthinkable possible now :

• Google Translate. Google services have been absent from China for many years now and could only be accessed from within China via a VPN Service. BUT recently google translate has been opened in China. That´s great news.
• What´s more, Google Translate has a cool camera function which works for several languages. Now also for Chinese. (Korean and Japanese are also available)

Important: You have to install the app! It does not work using google translate from your phone browser!

How to read Chinese Characters ?

The pictures below show how it works: Download the Google Translate App. Download the Language Set for Chinese. Open the app, tap the camera icon, point your phone camera to any Chinese text! The translation happens instantly, live and in real-time directly on the screen (see pictures: text in the red box on the right). That´s it. Done ! 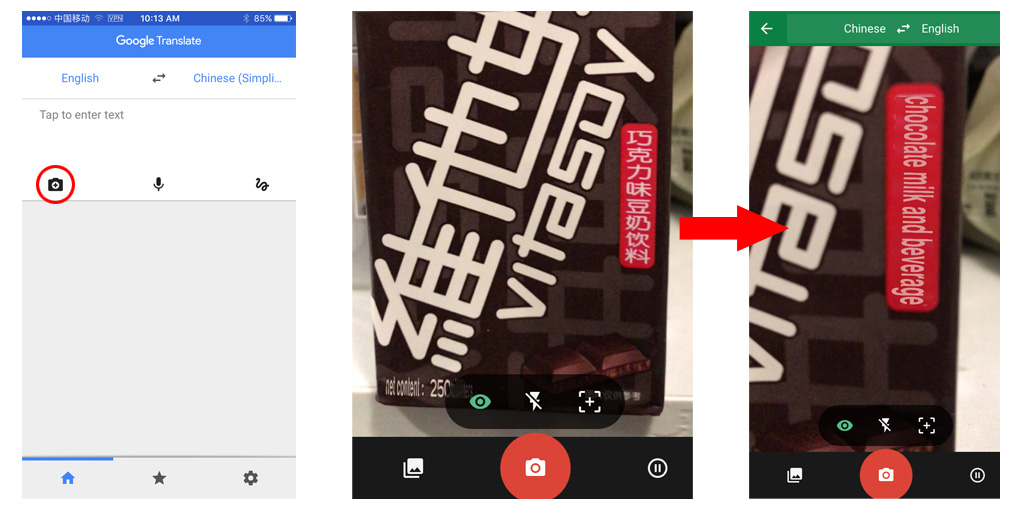 Bonus-Hack: If this is not enough for you and you want to translate spoken text -live-, I recommend the app “iTranslate”. Just speak some text in your native language into the microphone and the app will display a written translation in the target language.

Or the other way round: The person opposite of you speaks in Chinese into the app and you read the translation in English (or your native language) ! You can also just type words, translate them, and have them read to you. It´s pretty awesome. Downside: You need a VPN when you use iTranslate in China.

Conclusion: With these two apps you can overcome one of the greatest difficulties in doing business with China, you can overcome the Great Wall of Chinese Characters! And finally read Chinese !